Making the roof rack work for me.

Outbound Trailer added the roof rack as a platform for me to build on, whether I want to add a traditional roof rack cargo carrier or custom work. 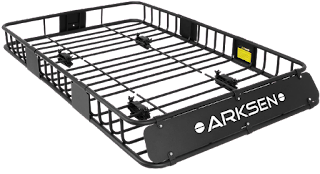 In my case I decided to add 1" x 48" square tubing along the sides as a platform to bolt other stuff on to. I have actually changed the configuration several times even before the Grotto took it's inaugural voyage. I purchased the tubing from Amazon and it came in slightly rusty (just very slightly). I sanded it down to remove the rust and give it a little roughness for the Rust-Oleum to adhere to.

I then had already purchased 4 receiver mounts from Gamiviti that bolted on to each rail. I also purchased only 2 "awning mounts" as the shower side didn't need them. I placed the receiver mounts as far apart as I could, approximately 48" from each other on each rail, and on one side I put my awning and on the other side the shower/changing room. 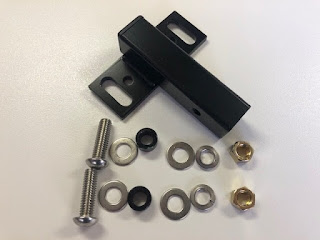 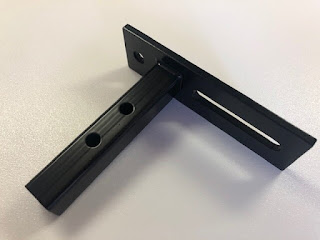 The shower was constructed out of 3/4" square tubing I purchased at a local hardware store (also a bit rusty) so I did the same process as I had done with the rails. In addition to using end caps on both the rails and shower/changing room I used I also drilled holes in the shower arms to use the supplied wire lock pins. 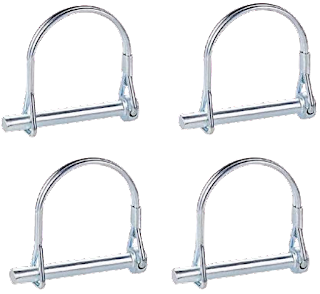 So now I have the framework setup it is time for the curtain to go up!

I then purchased these curtains from Amazon and used both to make the surrounding walls twice as thick. I added those end plugs to make the ends less sharp and give the rails a more finished look. 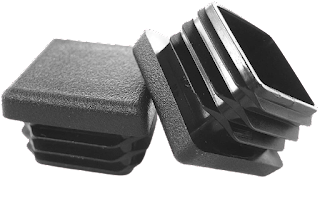 For the hangers I used small bungee cords. They stretch and give with the wind very little but more importantly they wont scratch up the paint to the point that the rails rust prematurely.

To give it that square look and feel I purchased two extendable fiber glass poles.

and drilled a hole through the rails vertically so the pole prongs would poke up through and give lift/balance to the frame. 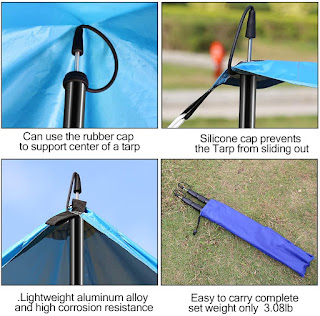 I like the way it looks especially the color...lol, but for me I want a little more room to stretch out, I may make a larger room in the future. Currently the room is 48"x48" but I think I may move the receivers to the rear of the Grotto and use longer rails/frames to make it more like 60"x60" 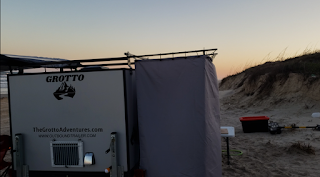 I made a short video of how I attached the receivers to the rails and bolted the rails to the roof rack here.

It almost ran away...